It’s been awhile since I’ve written a review, two months in fact, but seen as my last was Uncharted: The Nathan Drake Collection, it only made sense that I should continue and review Uncharted 4: A Thief’s End, even though I have played quite a few games since then. 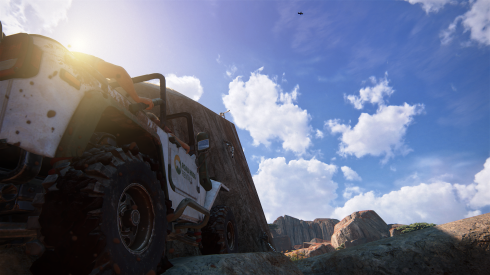 So where should I start? The visuals. Well what can I say, we knew this was going to look incredible, and to be honest, it was absolutely mind blowing. The sheer level of detail from start to finish is astounding. The characters themselves are incredibly realistic, and they come to life like no other character before this game. The facial lines, skin textures, animations and even looking at Nate’s hands seeing veins and bones in the hand protruding the skin, it’s quite unbelievable. Sully’s really looking his age now with the amount of detail there is, but that doesn’t slow him down in the story one bit.

The environments are absolutely beautiful, the water of the ocean, both above and below flows magnificently, with later in the game when searching for the lost Pirate Colony, a storm moves in and the waves become noticeably more violent from the calm sea prior to this. A waterfall blew my mind, as it gushed over a cliffside on Libertalia. There’s so much to take in, the mud on the Jeep as you drive through Madagascar, the way the clothing moves in a breeze, it’s just so much to talk about in one blog entry. It’s a remarkable achievement by Naughty Dog, it makes me wonder how they will improve with whatever the studio’s next game is. 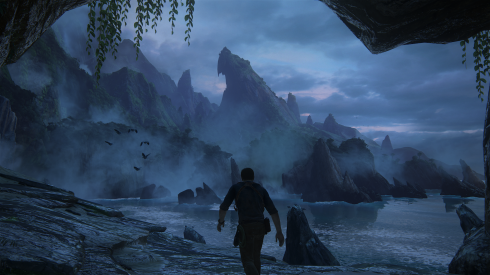 We all knew this was Nate’s last adventure, it’s implied in the title, but I’ve honestly never felt so close to these characters throughout the entire series as I did with Uncharted 4. The comedic quips are still there between the Drake brothers (Nate and Sam) voiced by the awesome Nolan North and Troy Baker with plenty of ‘holy shit’ set piece moments. While the massive set pieces are there, one thing that was quite apparent was that there’s much more exploration in Uncharted 4 than previous entries. There’s still plenty of action and shoot outs as you’d expect, but there’s a good balance. Exploring such open areas as Madagascar is a delight, hunting for pieces of treasure, running over rock cairns, sliding the Jeep around in the mud is a nice change of pace, with some action involved with Shoreline Mercs (I’ll get to them a bit more later) that are also searching for Avery’s treasure. You don’t even have to go guns blazing through a lot of the game, some areas are unavoidable, but there’s a lot of room for stealth if you so desire, with trophy hunters after the platinum trophy will have no choice but to do a bit of stealth to achieve it. There’s some conveniently placed tall grass which will allow you to get the drop on enemies, or, you could go very literal, and actually drop on enemies from ledges or using the grapple rope to swing across and land on top of an enemy. Though I do feel, that after The Last of Us, they could’ve added a distraction option to lure enemies to or away from you by throwing a bottle or something of the like. 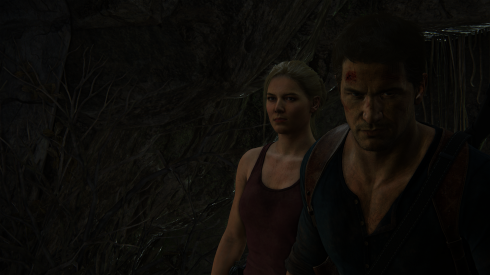 Ok, so as for the story, it’s got some prequel moments showing the relationship between the brothers Sam and Nate and how they began the search for Captain Avery’s treasure. You find out how they began on their path to be treasure hunters, or rather thieves, and what their real surname is as implied by Uncharted 3. The main antagonists are Rafe Adler and Nadine Ross, the leader of the Shoreline Mercenaries who are also on the desperate hunt for the $400 million worth of gold. With the larger focus being on the Drake brothers relationship, you also get a look in to Nate’s marriage with Elena, which as you can imagine becomes a little strained in this adventure. And just before I go on, Elena, wow.

While I was coming towards the ending of the game, I couldn’t help feel a sense of impending doom as I couldn’t shake the game’s title out of my head and knowing how emotional The Last of Us was, I was expecting something bad to happen. Though, I won’t say whether it does or not for those that haven’t played it yet, but never the less, I did feel emotional anyway come the end of the game as I knew it was the last in the series and that Naughty Dog wouldn’t be taking Nate out on a 6th adventure (Don’t forget the PS Vita Golden Abyss and yes I know it’s not a Naughty Dog game).

So a quick look at the multiplayer now, which is actually one hell of a lot of fun. Granted, I didn’t get to spend much time on it, about 3 to 5 hours or so, not including the trials which I did spend a good couple of hours on. The frame rate is at the smoother 60fps over the single player’s 30fps, with the resolution dropped from the 1080p of single player, to I think the report was 900p. The maps I thought were fun, you can loose track sightly, but that was probably just me trying to learn them in the time I had with it. The new powers/abilities, I really liked, I never played much of Uncharted 2 or 3’s multiplayer, though I did a bit of the co-op on 2 for the trophies, can’t remember if there was any on 3, but with the triple pack DLC I’ve bought, I’m expecting to spend quite a bit more time and get much more enjoyment from the game’s multiplayer on release.

There was some great surprises throughout the game, the story telling was top notch as can always be expected from some a great studio such as Naughty Dog, an unexpected chance to play a level of Crash Bandicoot as well put a smile right across my face, and I now have the urge to download those games to my PS Vita as a result. To me, though, I’ve read a comment from someone saying this doesn’t really add anything to the series, well, it does. It’s a fantastic, and for me, emotional send off to one of the most loved cast of characters we’ve ever come across in games. The banter, the story, the incredible visuals, it is just the perfect send off for Nathan, Elena and Sully who we’ve had the delight of following for the last 9 years. But, it’s not quite over yet, let’s see what the single player DLC brings us.