So I’m sat here tonight, intending on doing a bit of editing on one of my new tracks and decided to instead write this post as I’ve been very quiet of late on social media and everywhere pretty much, barring a bit of game streaming on the Youtube channel.

Since just before Christmas I’ve started having anxiety attacks for the first time in just under four years, which only became more severe throughout early January and at one point I was on the brink of a second nervous breakdown, again, the first one being in February 2018. Along with that, what confidence I did have, which wasn’t a great deal as it was, has taken a battering alongside my mental health.

Normally this is something I’d probably post on Facebook in a bit of a statement, but at the moment the website, which I know I’ve neglected, is something I feel more comfortable making posts on as I’ve stepped back from social media for the time being.

Following on from that, I’ve still tried to progress musically, which admittedly hasn’t been going as well as I’d have hoped and my motivation (along with the my confidence as mentioned earlier) has dwindled. The problems I’ve had with recording have been immensely frustrating (this is why producers and engineers are invaluable when recording music and are worth the money) and I’ve gotten to the point I’m constantly questioning myself and abilities and had a bit of a meltdown because of it. I know, it sounds stupid reading it back and it was caused through faults of my own and my insistence to do this new album, like my previous ones, myself for the most part at least.

So from all of that, I’ve kind of withdrawn a fair bit, my output has been very minimal except for some weekly photos I’ve had scheduled weeks and months in advance, since before Christmas, and I have to apologise if anyone’s been in touch and I’ve not responded.

It’s all been a bit negative so far, so I’m going to try to end with a bit more positivity. While the music hasn’t been going too well, I’m still chipping away at it when I can face doing so, but at the time of writing I’ve scrapped three previous attempts of a lot of recording and editing. It’s a very important recording to me as there’s some very personal songs so maybe I’m trying too hard, but through gritted teeth and what determination and patience I’ve got left, it will get done, though I highly doubt it will come out this year.

I also intend to do another sessions album, similar to Alive in Isolation. I know what the idea is behind it, but what the release will be like, whether just digital or on CD, I’ve no idea, but that is very much something that will come out this year in some form or another. I’m also hoping to do another project which I’d like to put out this year, but it’s got its own possible complications so given everything the past few months, who knows.

I think my usual working pace, which has been relatively quick since Back in Hell, will be considerably slower, so at this moment, I wouldn’t expect any streams or multiple releases like the previous couple of years. There’ll likely also be a lack of updates over the coming months as well regarding new music, though I’ll make sure something gets posted whether it’s some old photos, videos or whatever feels relevant at the time.

I know it’s not the most uplifting of updates, and is normally something I’d write in the mailing list or on Facebook, but it’s an idea of where I’m at for the year in case anyone may be wondering where I’ve gone or what I’m doing.

Going forward, I just want to thank you all for your patience if you’re looking forward to what’s next. I hope it’s not too long until I’ve got some news regarding anything, but until then, take care. 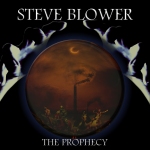